a theatrical camp from Futur3.

Since December 2001, Germany has continuously been one of the largest troop contributors in Afghanistan.The international military mission in Afghanistan is supposed to create a secure environment and enable the reconstruction of democracy. But German military policy must fundamentally redefine itself and the Bundeswehr in view of this deployment! Futur3 takes up this urgently needed discussion about the military as a means of politics artistically and debates it publicly.

"
"Soldier 1:
You must learn to trust your instincts.
This is not a game.
But this is not war either.
After all, it is an armed conflict.
If it were a war,
we wouldn't have to separate rubbish.
That's what we're really doing there!"

K. Fehling, from "A Night in Afghanistan 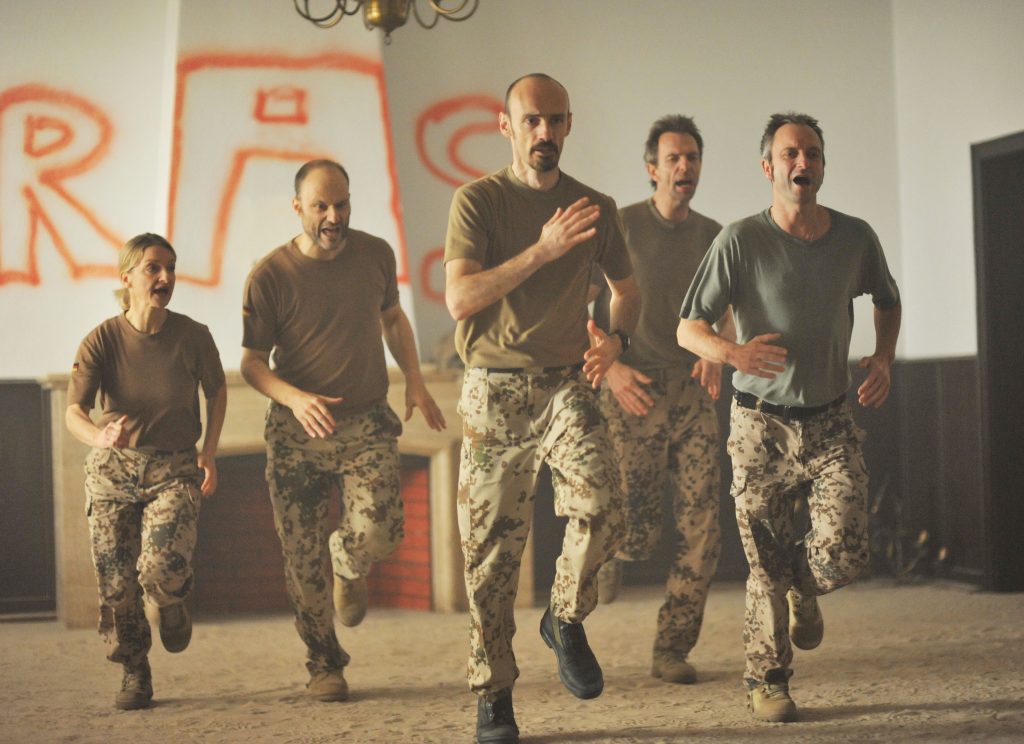 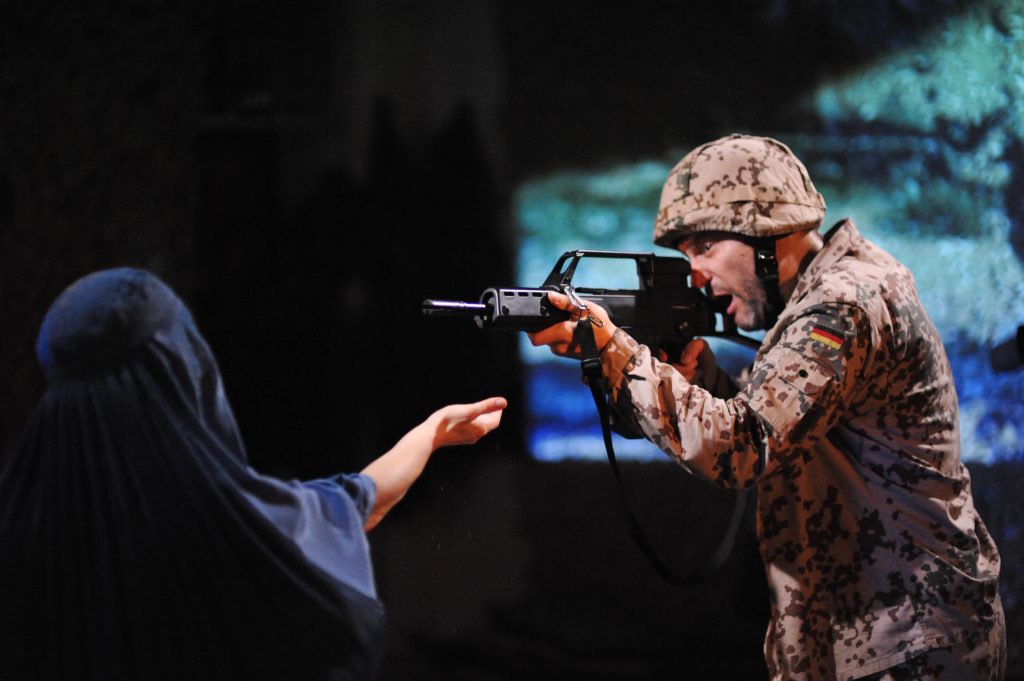 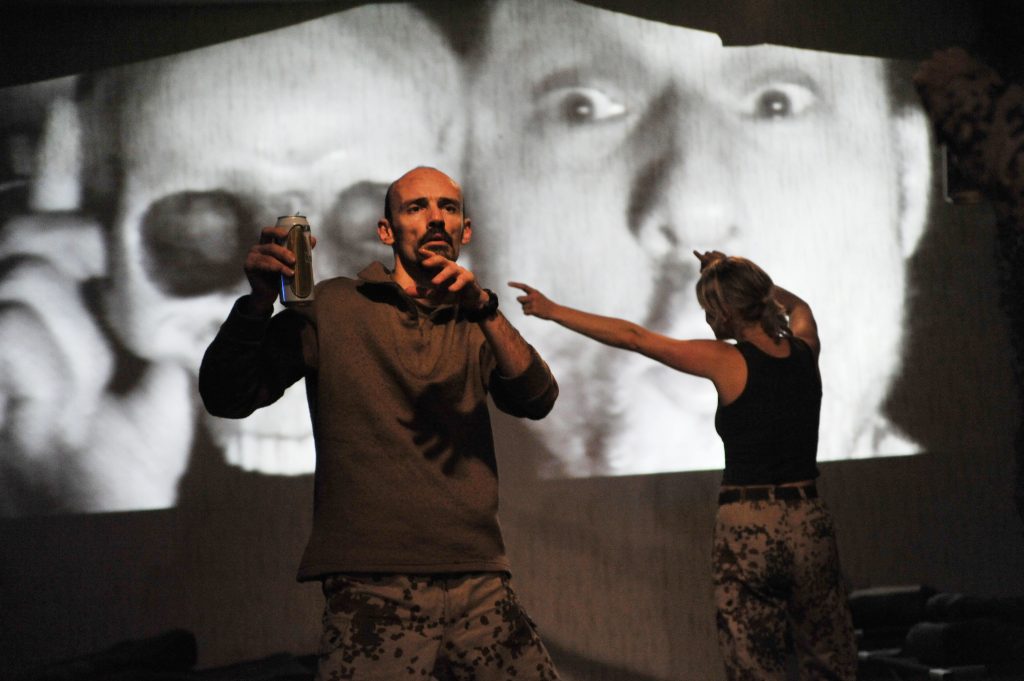 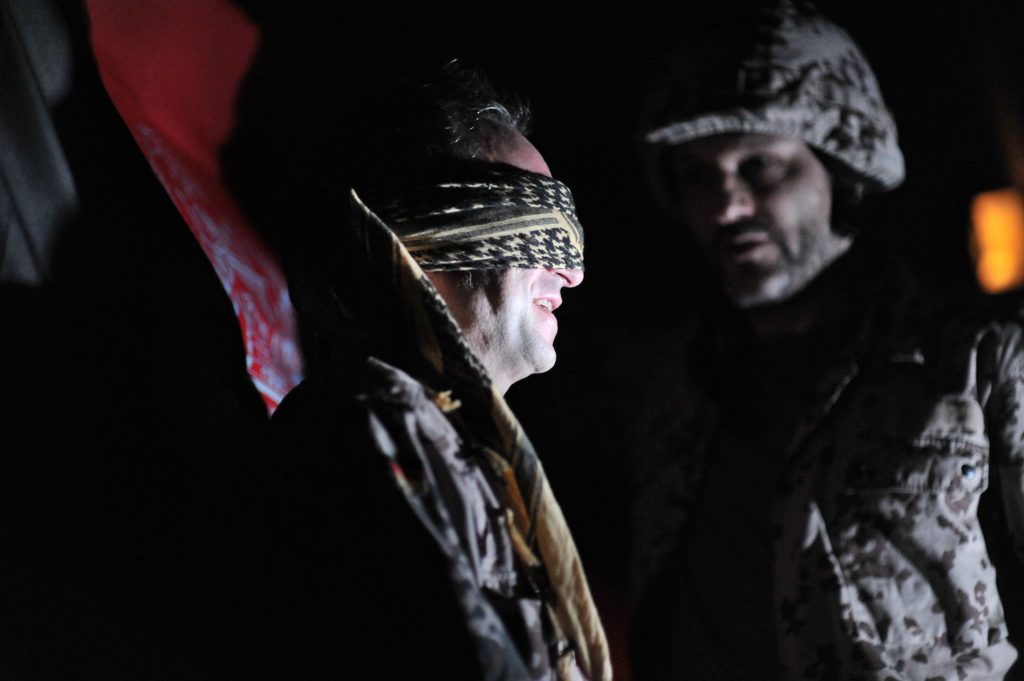 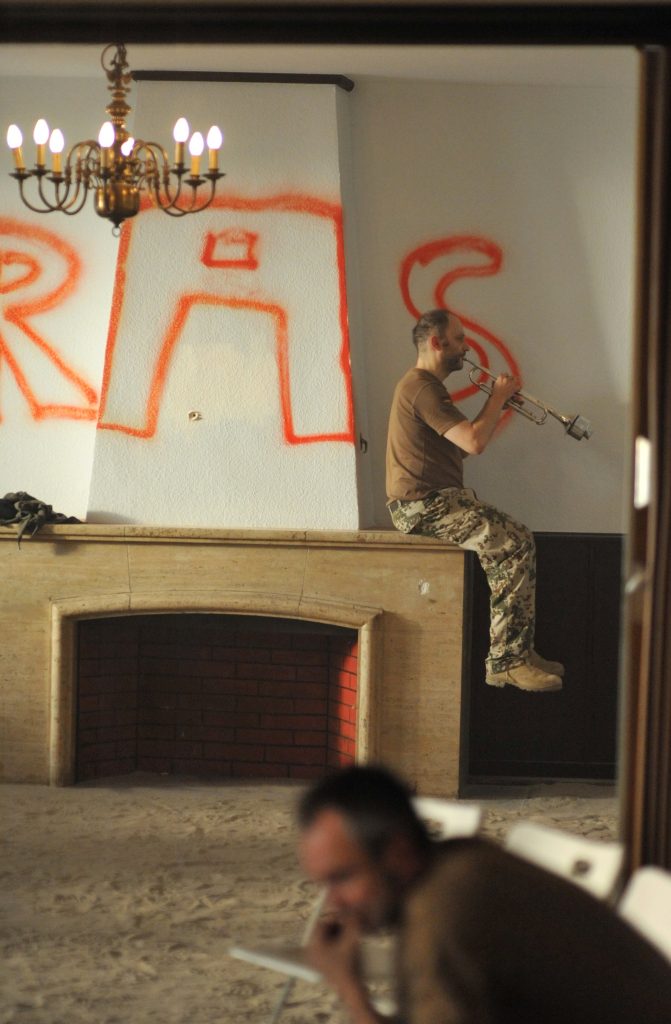 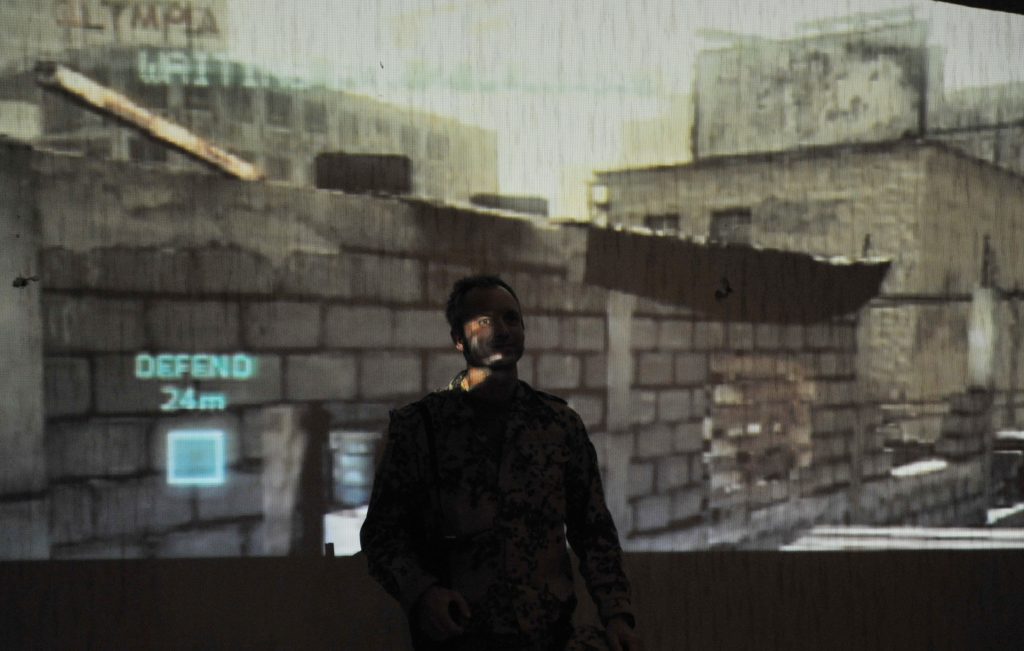 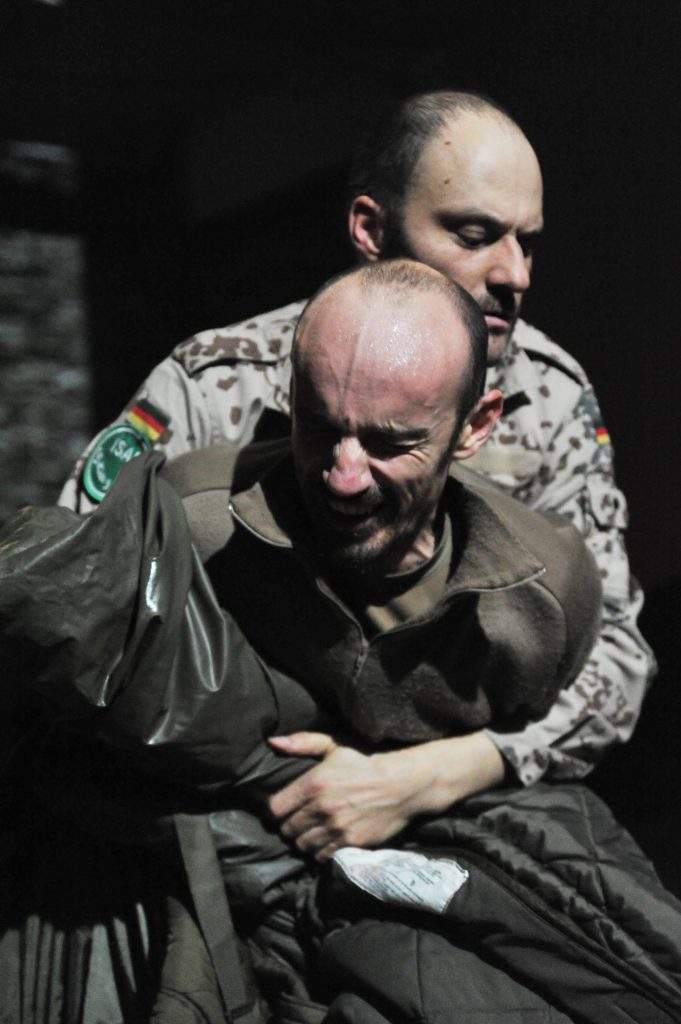 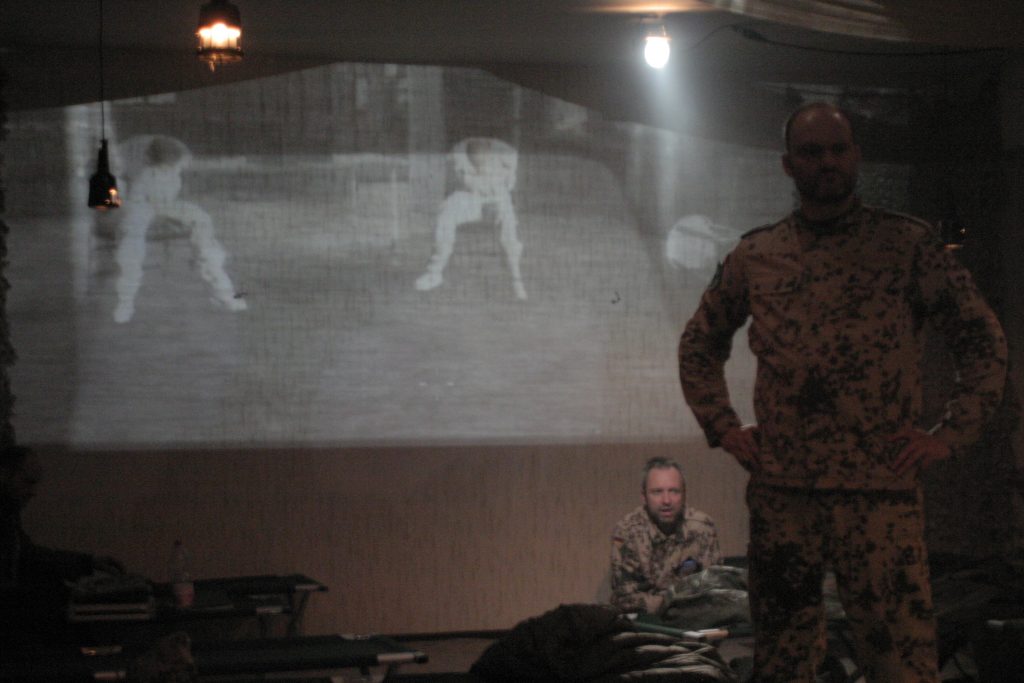 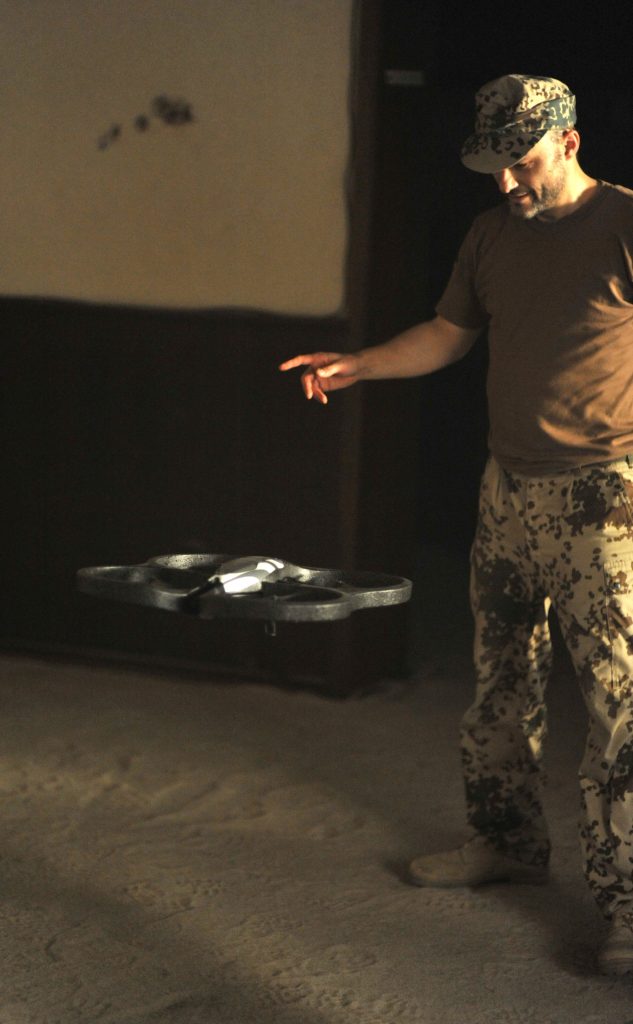 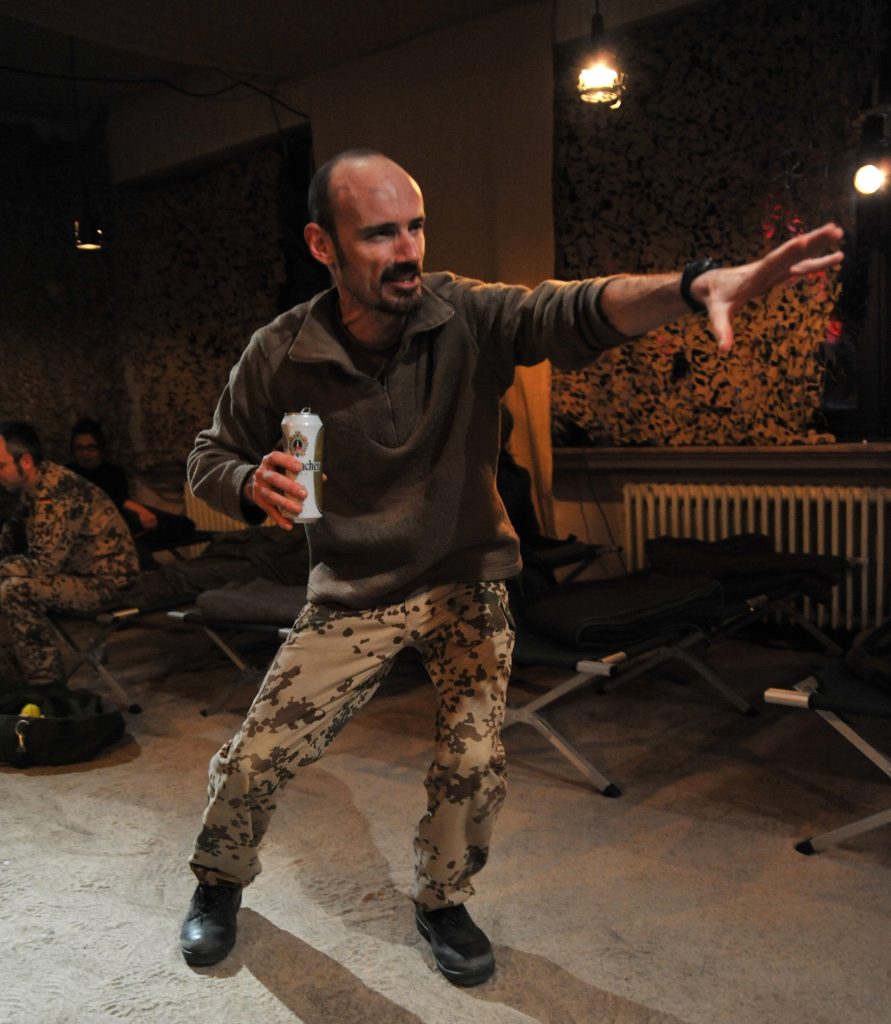 We report directly from the area of tension between Kabul and Berlin, heroism and post-traumatic stress disorder, between anti-personnel mines and waste separation. Field mail, video diaries, combat reports and everyday barracks life serve as material for this very special mission. Who is a friend, who is an enemy? At what point does it have to be called war? And how does a war that should not be a war change the more than 6,000 German soldiers currently deployed abroad? The mission is delicate and the viewer stands as a comrade somewhere between reality and the decisions we will have to make.

"A Night in Afghanistan" is a theatre performance in a military setting that uses four actors, video projections and live sounds to confront the audience with the torn relationship of Germans to their army and thus to the existential questions of defence, peace and war, using the example of the Bundeswehr's mission in Afghanistan. Futur3 wants to get to the heart of the audience in the case of Afghanistan, because there can only be clear answers to this question.

"Futur 3 achieves a small feat with this evening: to report on the situation of soldiers in Afghanistan, to immerse oneself in camp life in a foreign country without falling into clichés or evoking embarrassment."

"With haunting actors and detailed sets (Petra Maria Wirth), director André Erlen creates an authentic atmosphere - as if you had stepped into a war film. The realistic impression, however, is cleverly contrasted with sound effects, video game sequences and choreographies that take the politicians' empty words to absurdity. This artful handling of the subject is convincing, captivating and thought-provoking."

"Distressing moments like this, but also banalities and funny scenes with gruff military humour - the Futur 3 ensemble succeeds in creating an authentic atmosphere with haunting acting and detailed set design (...) A convincing artistic approach to the explosive topic of war in Afghanistan. Highly topical, rousing and thought-provoking."